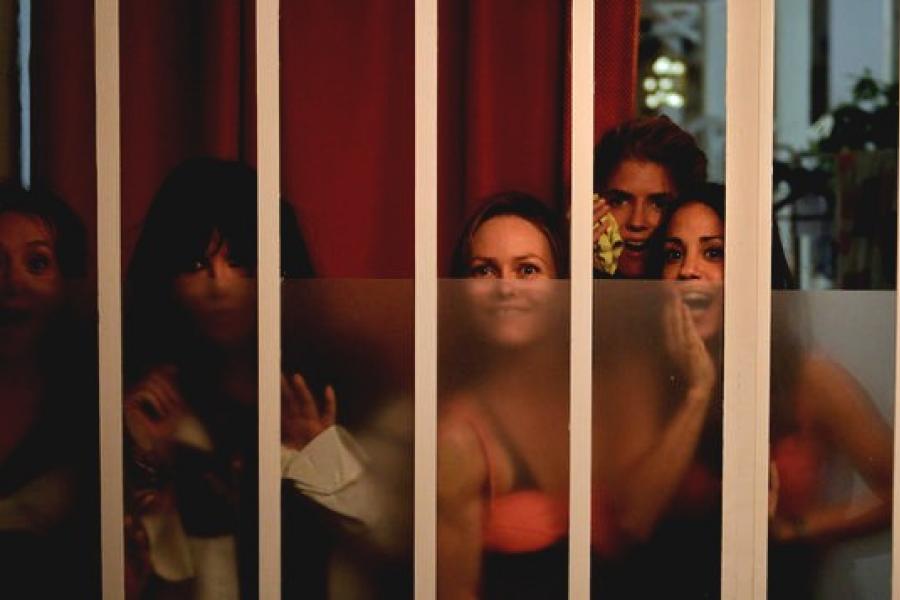 Bring your sex life to life

Some couples want to revive their sex life and invite a man or a woman to watch them during sex. It's not new. It can excite them so much that they can try new things, and sex itself can be more animal. But it is not just the excitement for the couple alone, but also for the invitee who, according to the agreement, cannot usually join the sex itself, usually not even touch a man or a woman, but just watch. He either sits there still and watches, or simply pulls off his pants and slowly begins to masturbate, too. Then the scenario either persists or develops. It all depends on the amendments to the agreement, or, of course, on the couple themselves, whether or not they let it go.

There are sessions to find an add-on to one pair. What? But of course in the form of a man or a woman. Maybe you have heard of it. We simply have a couple here where a man or a woman is not very happy, something they miss in their sex life with a partner, or simply the partner wants to make each other happy. Or they are ordinary couples who just don't want to look for anyone on the Internet and want to be official and safe, even if they're in front of the camera. Then they meet in a session, for example, a woman who is going to have sex. There just a third person does not observe from a distance, but also engages in the storyline, but it is never about sex, at most only oral and the woman who is there as an add-on doing herself. Of course, our countries in Central Europe are not prepared for this. They aren't even prepared to buy a license for a few parts, because there would be a big shout around it, but I think it would help some.

To take another example, we also need to go outside the center of Europe. An English author of adult handbooks says that in some communities watching loving other couples is a natural part of life. For example, people gather to witness the sexual consecration of a member of their community and celebrate his or her entry into adulthood. Some of us might not mind, at least such a ritual would be a very good and tempting experience for many. In our culture, looking at someone else's intercourse is considered taboo and many confuse it with voyeurism, which is a little different. Voyer is someone who is excited by the fact that the object that follows him has not observed. He is irritated by the situation of possible disclosure and disclosure. But sometimes next time.

Make arrangements with your partner in advance

If you ever want to try something like this in the future, here are some good tips to help you not only in search and safety, but also during sex.

To begin with, tell yourself what you would expect. Go into the details to see if you happen to be uncomfortable talking about it, because if so, it probably ends there. If someone in the couple is uncomfortable talking about maybe having sex with someone else, then definitely do not go into anything special. But you two will stay and it will be the best. Then it is the turn of removing steam. Be sure not to hurry up and pick the first couple or person to hear from you. Mutual attraction is very important and it would be good if it were balanced. As soon as one person does not suit you (physically or mentally), choose in other waters. The rules are one of the most important things I have already mentioned, of course. Agree as you actually imagine it. Will you stay only with the person you are pairing with or will there be alternation? Woman with woman, man with man, someone watching and the like. By setting these rules, you save a lot of misunderstandings. Therefore, you must also get acquainted well. Stay together for a while, but a sudden leap from friendship to eroticism is not highly recommended. It could lead to some embarrassment or embarrassment. Don't be afraid to talk about what you want to do, the plan as it goes is important, of course, it may not go all according to the scenario. But to set certain limits beforehand is also no harm. Will only watch or touch be allowed? How will sex work itself? Will it be normal positions or will you try some lesser known from the camo? The next question is where will this sex game ever take place. Hotel, apartment, house, hostel or rental. There are many possibilities and it depends on who you trust. It is not a matter of first meeting to provide a hotel where you have some security. Of course, you don't feel both at home and relaxed, but you would definitely make up for it and you will focus on something else. If you were at home as hosts, it would not hurt a little preparation. Pleasant and full pillows, silent music, eventually wine or other kind of alcohol and for better romance some candles. All these things will certainly help enough to be relaxed and informal. Don't forget the towels and bathrobes your guests may need after taking a shower. The opening itself calls directly. So open the wine, let the music play more quietly, dim the lights and relax. Everything else will take care of the mood and mood.